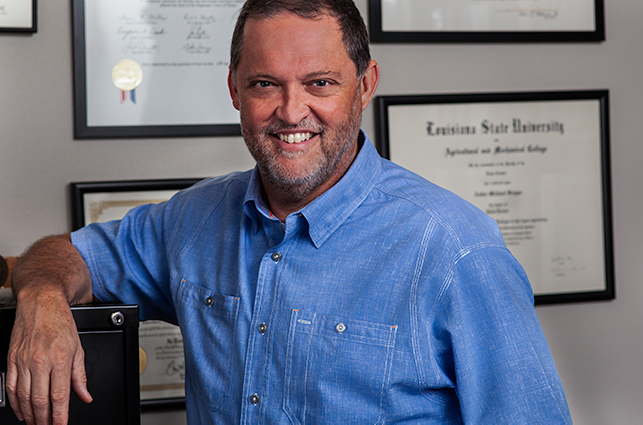 Mike Boggs grew up in Plain Dealing, Louisiana playing football, basketball, tennis, and running track with his brother and business partner, Hank.  He left for college to study the passion that he had of building and creating at Northeast Louisiana University. Mike enjoyed a challenge; he enjoyed them so much that he decided to continue his education in law after spending a few years working with Austin Commercial. Mike went to law school at LSU and was admitted to practice law in the State of Louisiana, October 1991. Mike is licensed in Texas, admitted to practice before United States Federal District Court in Western, Middle and Eastern Districts of Louisiana, Court of Appeals for the Fifth Circuit and the United States Supreme Court. His legal practice covered construction litigation, commercial litigation and personal injury. A life-long dream to start his own construction company was realized when Mike and Hank started the company in 2003.

Mike and his optimist self, convinced his college girlfriend, Lisa to marry him, they now have three children, the oldest Ander, son Matthew, and youngest, Abby. They have 3 dogs at home that round out their homestead. When Mike isn’t running the company or his projects he can be found spending most of his time with his family attending football games at his favorite colleges LSU and TCU, hunting, fishing, or exercising. Mike is committed to his civic responsibility and commits his time to the AGC, GBEDF, and his local church, Cypress Baptist.

Where would you go if you had a time machine? Independence Day, 1776

If there was a movie made about your life, who would you want your actor to be? Robert Redford (the young Robert of course)

If you could have dinner with anyone dead or alive, who would it be and why? Jesus, because he could answer anything.