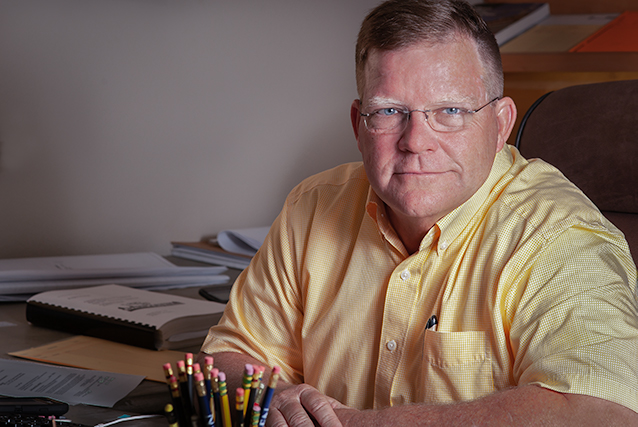 Hank Boggs grew up in Plain Dealing, Louisiana hauling hay, playing football and baseball, running track, and smashing his opponent in ping pong. Hank followed the footsteps of his hard working, carpenter, Father and Grandfather into the construction industry. His first construction project was building a residence in Plain Dealing at 15 years old. Hank later left town to study construction management at Northeast Louisiana University and graduated in 1981.

Hank began his career as a carpenter foreman and in 1985 he moved to Florida to work with The Haskell Company, and worked across the southeast United States as a project superintendent through 1993. He took a position with Austin Industrial as a project manager and managed heavy industrial projects until 1995 when returning home to work with Brown Builders. In 1999 Hank took a position with Roy Anderson Corporation to manage the Hollywood Casino project. After completing the project in 2001 he started working with McInnis Brothers Construction where he would meet his future business partner, Dan Poole. The opportunity to partner with his brother, Mike and start their own company arose at the end of 2002, with operations beginning in January 2003.

Throughout all of the moving around as one would do in the construction industry, Hank raised four beautiful girls, Annie, Maggie, Ellie, and Emalie. When Hank is not managing the company, he is typically at a function with his church, St. Jude Catholic Church, where he serves on multiple boards and committees. On the weekends he is either in his shop woodworking or sharpening his bow hunting skills. If its football season he is either at the game or in recliner watching the Saints or Tigers.

If you could have dinner with anyone dead or alive, who would it be and why? Jesus, no reason to ask why.

If you could live anywhere in the world and have no expenses where would you live? Anywhere with mountains, a cool breeze, and a nice clear creek running through. Or wherever Martina McBride wants to be.

If there was a movie made about your life, who would you want your actor to be? Clint Eastwood