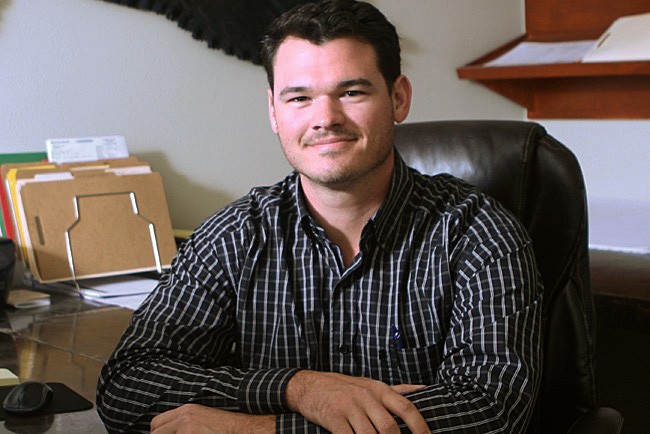 Ra Phipps grew up in Benton, Louisiana hunting, fishing and playing baseball. Ra acquired his first paying job at thirteen working for a family friend surveying boundary lines for forestry companies. There, he continued to learn how to operate and repair equipment and did so for various companies, individuals and farmers throughout his career at Benton High School and would haul dirt and hay in the summers.

After graduating from Benton and becoming NCCER certified in welding and safety through Bossier Parish’ VoTech program in 2013, Ra, then 17, set out in pursuit of a career in those trades but would discover that God had different plans. Once Ra sorely realized the uncertainty of the oil and gas industry, he contacted Boggs & Poole looking to go to work and accepted a position as a laborer in early 2015.

It didn’t take him long to realize that his skills went hand in hand with construction and that the industry encompassed all of what he found interesting and worthwhile. After seeing his first project, Cypress Baptist Church Addition in Benton, La through to completion, Ra was given the opportunity to supervise building an industrial warehouse in Springhill, La. After its completion, he decided to return to school and enrolled in BPCC’s Associate of Applied Science in Construction Technology and Management program in 2018. Ra continued to work full time as a Superintendent before being promoted to Project Manager in 2020.

When not at work, Ra enjoys working out at the gym where he met his wife, Melissa, and they enjoy playing ultimate frisbee and soccer with their dog, Mia. Ra also enjoys woodworking as a hobby and playing music for various churches in Northwest Louisiana.

If you could have dinner with anyone dead or alive, who would it be and why? I’d say Jesus, but I’ll have that opportunity one day; I’m not sure about General Robert E. Lee, and I’d like to ask him some questions.

Where would you go if you had a time machine? The dawn of creation.

If you could live anywhere in the world and have no expenses where would you live? Kalispell, MT