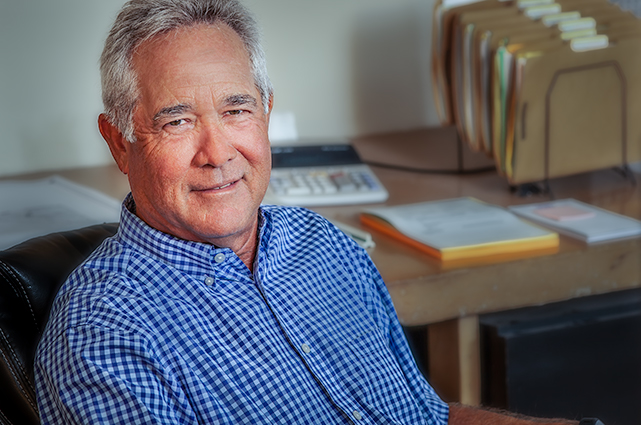 Dan Poole grew up in Natchitoches, Louisiana. In high school Dan played football, basketball, and ran track. When he wasn’t playing sports he was working for his uncle’s contracting company in the summers. This is what Dan says made him decide that he wanted be in the construction industry. After graduating from Northeast Louisiana University in 1984 he started working for The Florsheim Company. From there he started his 17 year tenure at McInnis Brothers starting in 1989 as an estimator and project manager, and in 1997 became Vice President. In 2005, Dan approached brothers, Hank and Mike Boggs and asked to join their team as a partner and help develop the future success of the company.

Dan and his wife, Angela have two grown children, Will and Autumn and their four-legged friend, Tesse. In 2018, Dan retired from Boggs & Poole and now enjoys spending his time on the water or mastering his golf game. He is involved in his church, Grace Community Church and donates his time at Common Ground Community in the Cedar Grove community of Shreveport.

If you could have dinner with anyone dead or alive, who would it be and why? My Grandfather, Willie, to say thanks for telling me to get back in college and finish my degree.

Who is your favorite NFL team to watch? New Orleans Saints of course.